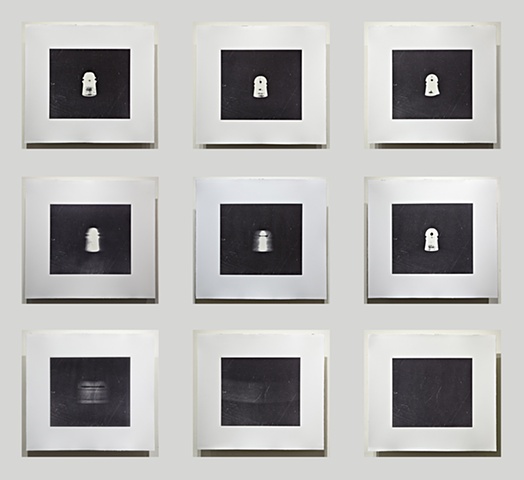 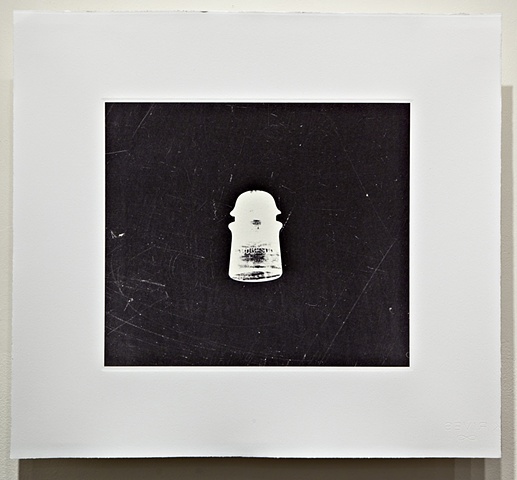 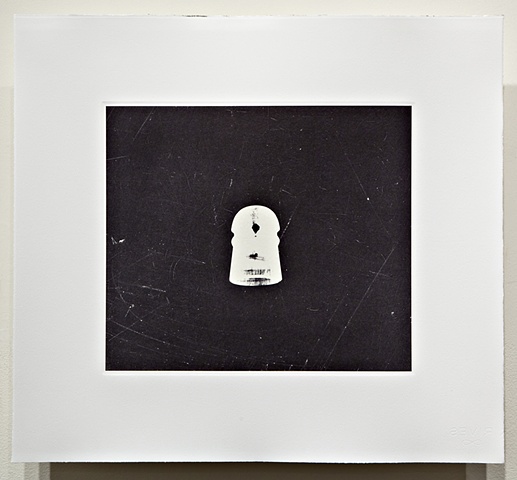 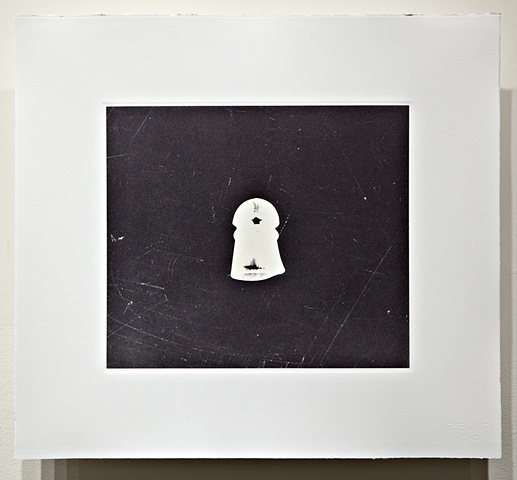 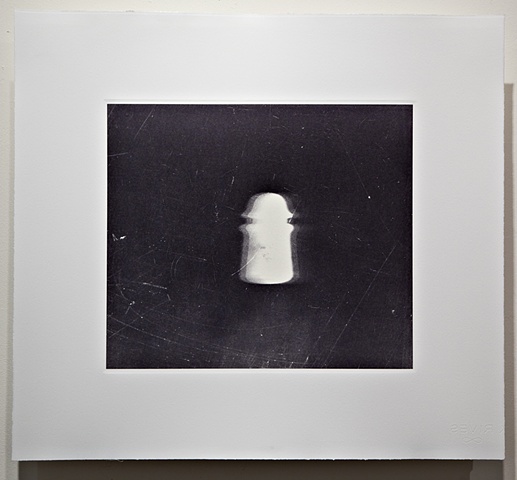 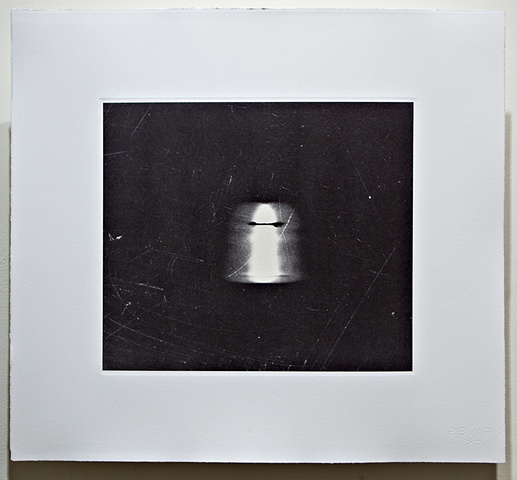 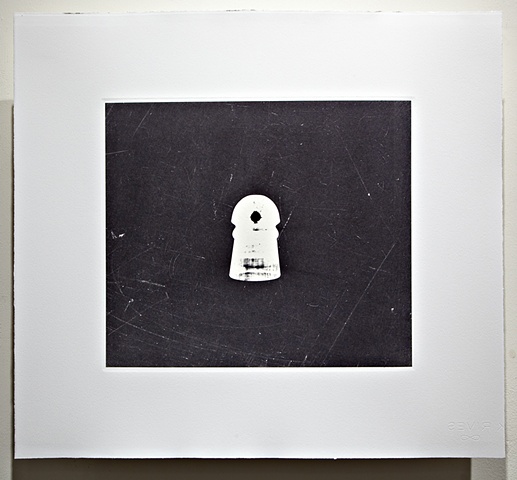 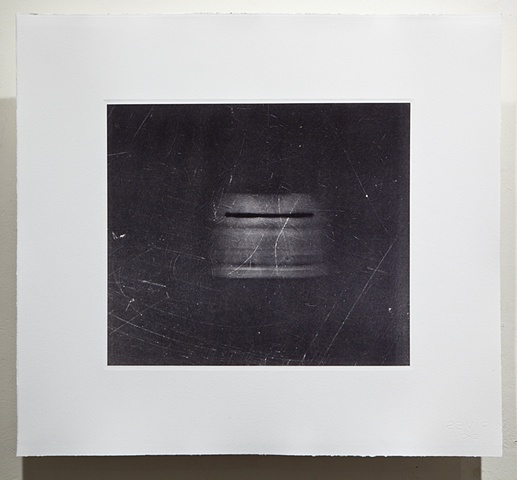 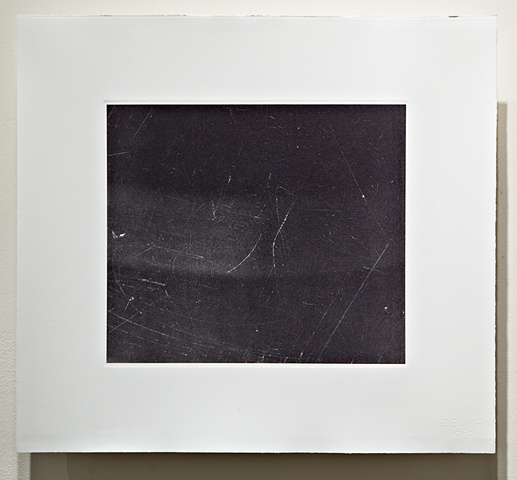 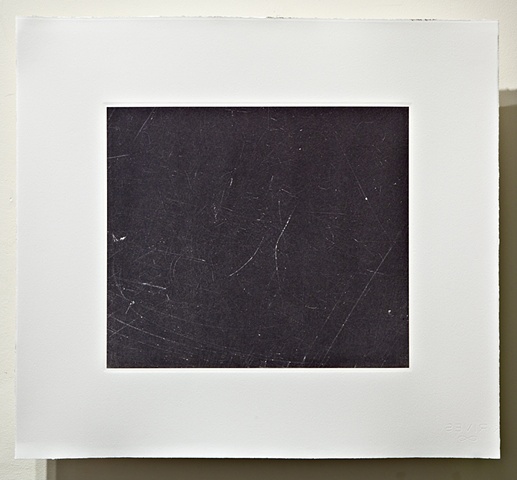 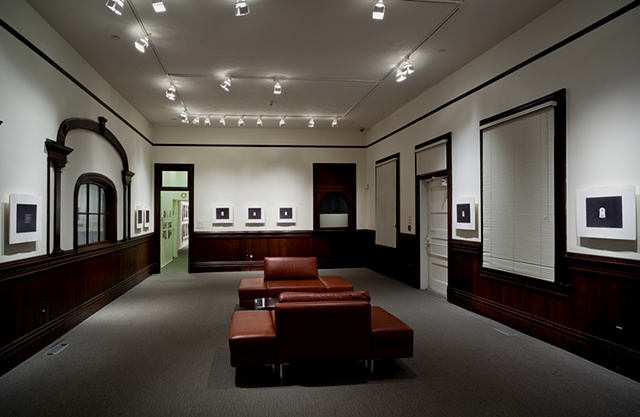 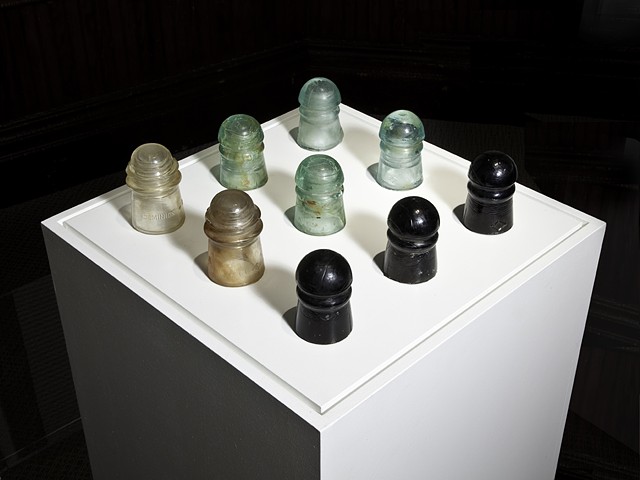 Figure 4
9 glass insulators used in the making of this series of prints.

Glass telegraph/telephone insulators were commonly used from the 19th–mid 20th C. Their specific material and design was intended so as to prevent the leakage of the transmitted telegraph/telephone signal by insulating the wire from the wood poles from which they were suspended, and, shedding moisture away from the wire in inclement weather.

Train stations, (such was the former iteration of the Station Gallery in Whitby, Ontario) were also important communication hubs and relay points. The old telegraph office, and site of a still unsolved murder of the night telegraph operator in 1914, remains.

This series of nine prints, uses the same number of glass insulators that were found and dug up from the ground by the artist while walking through the coulee on his grandparent’s farm in southwest Saskatchewan. The images for this series were generated by first laying the individual glass objects on sheets of photosensitive film and exposing them to light in a darkroom. These films were developed then exposed onto lithographic plates and printed by the artist on a press.

The degree to which the light passed through, refracted, or, reflected off of, the glass objects depended on the material condition of the glass itself (was it cleaned, or covered with scratches or some dirt from the ground?), and whether the object remained still or moved/rolled during the ten second exposures. These printed images of light and shadow shift between states of stillness, movement and disappearance, or what might be thought of as a “loss of signal.”