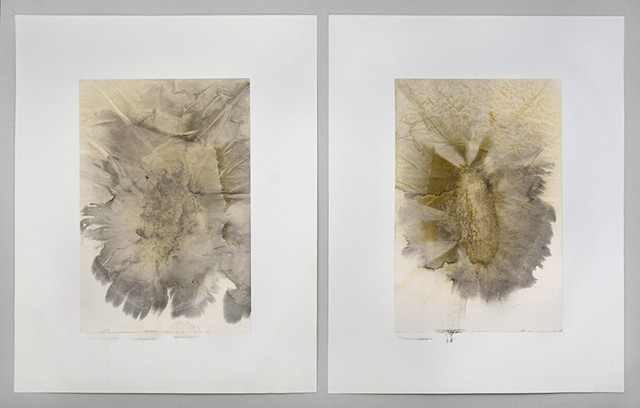 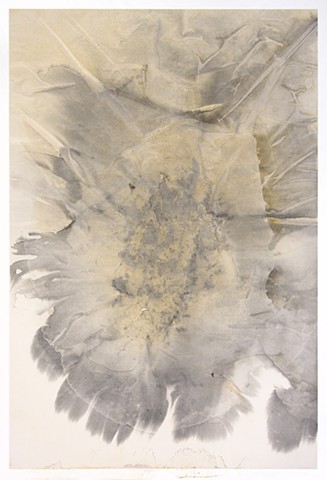 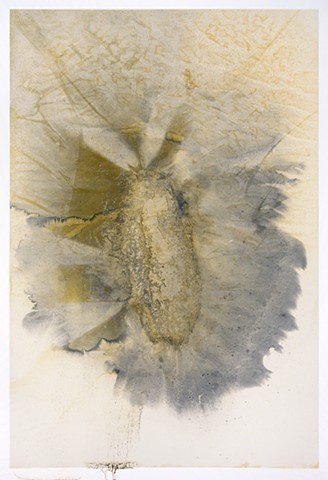 Beginning with the discovery of a high water table running beneath our property in East York (Toronto), large boulders and soil rich with iron oxide mineral content were found, excavated and became the source for a series of drawings.

In this diptych two sheets of chinese Xuan paper were used, one laid beneath, the other on top of one of these boulders, the stack was then dampened allowing the mineral pigments to leach into the papers. Once dried the papers formed and retained a topography of this material interaction (undulations of hills and valleys, embossings) that was then further emphasized through a misting with an ink and watery iron oxide mixture. The papers were again dried and the layers were separated and individually laminated to a backing sheet of rag paper.